I am Arnt Mae 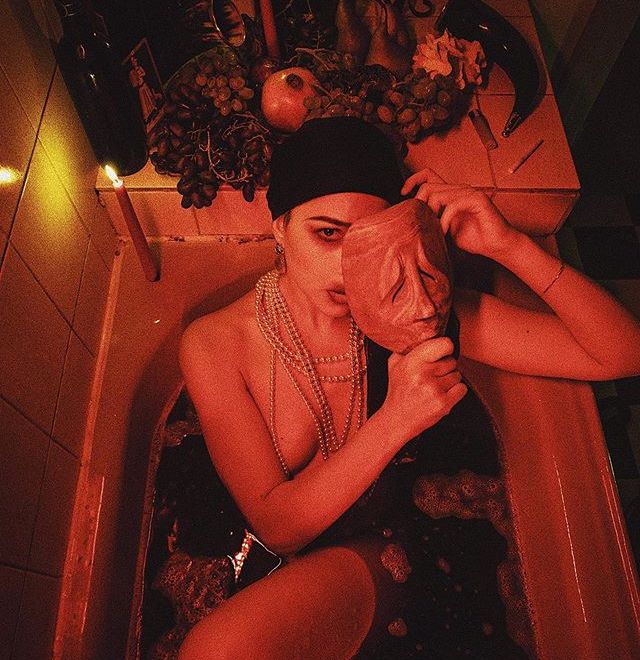 Melbourne-based singer, rapper and songwriter Arnt Mae is a Filipino-German, Australian-born artist who proudly explores her cultural roots, sexuality and beliefs in her music. Arnt Mae delivers melodic hip-hop with a shake of R&B which you’ll need to see to believe. The raw, intimate atmosphere she brings to her stage leaves any audience in awe, fear and craving more.

Over the past few years Vanessa has been mastering her sound and image as Arnt Mae by not only getting in touch with her roots by tapping into her Filipino heritage, but overcoming the discriminations and prejudices held toward mixed-race heritage in our community. From the Philippines’ indigenous religion of animism, to legends such as the Manananggal, Arnt Mae envelops herself into the lore and beliefs of her heritage and culture deeply ingrained into her captivating stagecraft, music and attitude.

Melbourne-based artist Vanessa Skrypczak has returned to wreak havoc in the Australian music scene after a lengthy break. Vanessa, previously known as ‘Kelebek’, rose to Australian pop notability after auditioning for the drama series X-Factor in 2013 as a solo act, singing, rapping and dancing. Kelebek was pushed by the show’s judges into three-piece group ‘THIRD D3GREE’, who garnered overnight success with fans around Australia as they proved their individual strengths as musicians. After placing fourth overall in the series, Vanessa left the group to pursue Kelebek solo. In the intervening years, she would then step in the shadows to be reborn again as Arnt Mae.

New gigs yet to be announced.